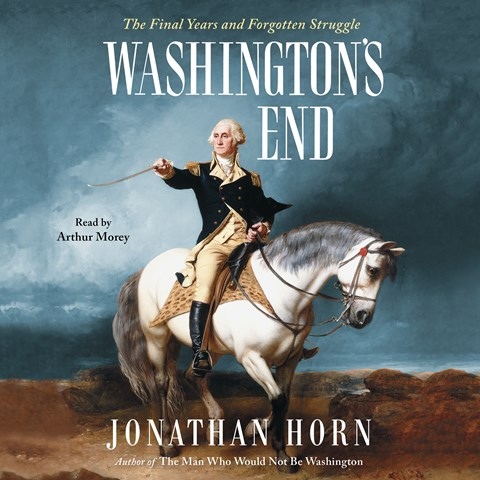 Arthur Morey's narration qualities are especially valuable here, where the narrative lacks a sustained thread. Historians rarely place much emphasis on the later years of George Washington. The American Cincinnatus turned his back on power and returned to his farm. But in the tone of a close confidant, Morey shares a history more like that of the later Michael Corleone, who found that the more he tried to get out, the more they pulled him back in. To Washington's dismay, party politics were on the rise, while his envisioned Federal City just across the Potomac remained only a few scattered public buildings. Pitch-perfect, Morey conveys a time in Washington's career unexpectedly fraught with conflict, and a rich retrospect on a complex personality. D.A.W. © AudioFile 2020, Portland, Maine [Published: JULY 2020]