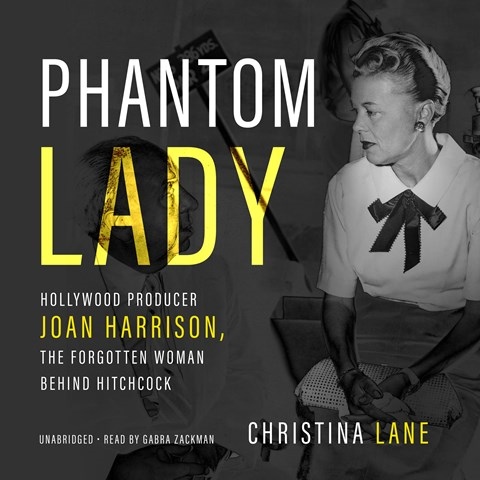 Gabra Zackman gives a sterling performance of this biography outlining the unconventional life of Joan Harrison (1907-1994), who became the valued right-hand woman to director Alfred Hitchcock. After a series of unsatisfying early career attempts, Harrison finally interviews with Hitchcock and finds her place in the male-dominated world of Hollywood. Zackman masterfully handles Lane's revelations of Harrison's contributions to Hitchcock's work. Lane asserts that "Alfred Hitchcock would not have become 'Hitchcock' without her." Her work on such classics as the Oscar-nominated REBECCA, THE LADY VANISHES, and JAMAICA INN is discussed. She also produced the long-running TV show "Alfred Hitchcock Presents." Zackman's intelligent narration brings this important, largely overlooked filmmaker some of the attention she deserves. S.J.H. © AudioFile 2020, Portland, Maine [Published: APRIL 2020]