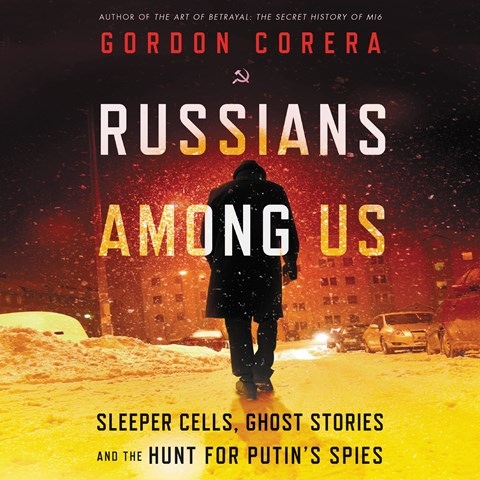 RUSSIANS AMONG US Sleeper Cells, Ghost Stories, and the Hunt for Putin's Spies

In a smooth BBC accent, narrator Derek Perkins delivers this captivating story of Russian espionage. Focusing on the past four decades, the audiobook shows how Russian spying on the West went from the long game of planting illegals with fake identities, in the style of "The Americans" TV show, to the short game of recruiting Russian emigrés who used their real names, like the "Russian Honeypot," Anna Chapman. We learn that when ex-KGB officer Vladimir Putin stepped into the Russian power void, the spy tactics became less Le Carré and more brutal--witness the radioactive poisoning of Alexander Litvinenko in London in 2006. Perkins enlivens the pursuit of spies by the FBI with many stories of double crosses and double agents, and explains covert terminology; for example, "dry cleaning"--a circuitous route taken to throw off a tail. The result is a nonfiction audiobook that reads like fiction. R.W.S. © AudioFile 2020, Portland, Maine [Published: APRIL 2020]