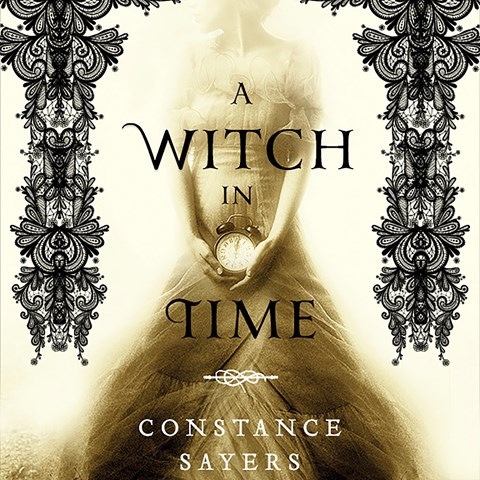 A WITCH IN TIME

A romance cursed to repeat throughout time. Four variations of the same couple. One demon, with secrets of his own, overseeing them all. With multiple narrators giving voice to the tales of Juliet, Nora, Sandra, and Helen, it is expected that there will be some variations in style and skill. Yet, with the exception of a few unusual pronunciation decisions, each of the four narrators expertly portrays her characters' distinct personalities, bringing each one to life. The choice of multiple narrators adds a deeper layer to the production. Courtney Patterson, Emily Caldwell, Brittany Wilkerson, and Stephanie Willis perform in their own styles, furthering the illusion that the four protagonists are separate in time but having enough similarities to convince the listener that the women are closely connected. Their performances leave one wanting more. A.S.L.M. © AudioFile 2020, Portland, Maine [Published: MARCH 2020]