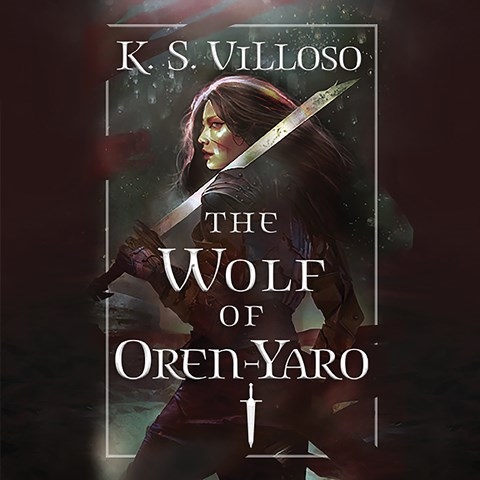 THE WOLF OF OREN-YARO Annals of the Bitch Queen, Book 1

Catherine Ho narrates an epic, and somewhat grim, fantasy. Queen Talyien was supposed to unite the kingdom of Jin-Sayeng by marrying, but her husband, Rayyel, left on the day of their coronation. Five years later she has an unexpected opportunity to reconnect with him. Ho's portrayal of Queen Talyien captures the full range of her emotions as they swing wildly between anger and betrayal to confidence and pride--plus everything else that the complex plot dredges up in her. There is a very large cast of secondary characters, as well as frequent flashbacks, so Ho's inconsistent portrayals of some characters, in particular, Khine (a friend) and Lo Bahn (a foe), can be frustrating. K.M.P. © AudioFile 2020, Portland, Maine [Published: APRIL 2020]