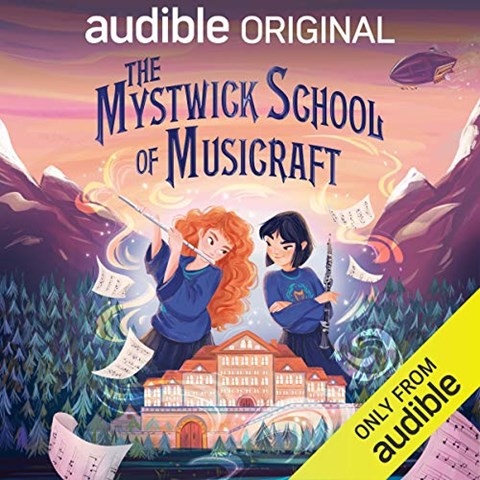 THE MYSTWICK SCHOOL OF MUSICRAFT

A musical fantasy is brought to life by Suzy Jackson's narration and interludes from the New Jersey Symphony's youth orchestra. Amelia, a flute player, has always dreamed of attending the Mystwick School of Musicraft, following in her late mother's footsteps. After flubbing an audition and being confused with another Amelia, she makes it into the school on a trial basis. Jackson adeptly adjusts her tempo, reflecting Amelia's disappointment and enthusiasm accordingly. As Amelia realizes the truth of her mother's death and her own musical abilities, Jackson shines with her heartfelt narration. She also gives thoughtful voices to the many characters. There is a fantastic scene involving frogs croaking to the tune of "Row, Row, Row Your Boat" that will make listeners feel like they are floating through the air with them. S.K.G. © AudioFile 2020, Portland, Maine [Published: MARCH 2020]