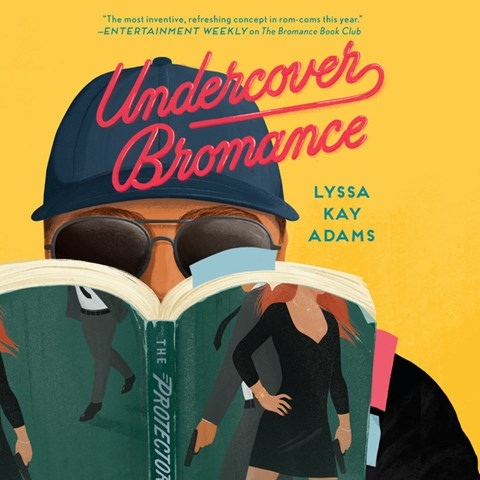 Gear up for a fabulous romantic comedy with returning narrator Andrew Eiden. Braden Mack, founder of the men's romance book club in Nashville, gets dumped and gets his friend's sister-in-law, Liv, fired in a single evening. He then desperately tries to make it up to Liv by joining her on a quest to expose her ex-boss as a sexual predator. Eiden's gruff voice adds humorous realism to Mack's reluctant relationship with Liv. The frank conversations between them and between Mack and his book club, which is full of offbeat characters, are droll yet don't take away from the steamy romance. This is a treat for fans of the first audiobook in the series and will also please those looking for an entertaining twist on contemporary romance. G.M. Winner of AudioFile Earphones Award © AudioFile 2020, Portland, Maine [Published: APRIL 2020]