Home»Reviews»DEATH IN THE LADIES' GODDESS CLUB 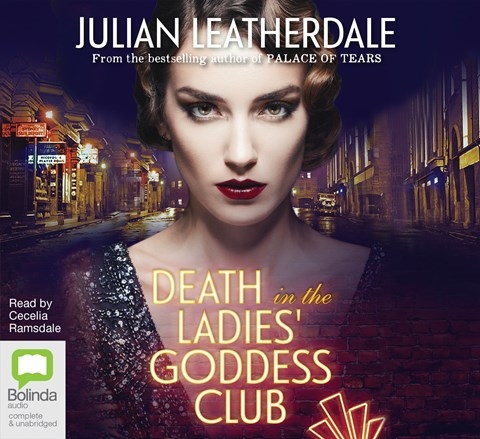 DEATH IN THE LADIES' GODDESS CLUB

Intrigue abounds in the Kings Cross neighborhood of Sydney, Australia, in this immersive audiobook. Narrator Cecelia Ramsdale's Australian accent provides entry into a country mired in economic depression and class conflict in the early 1930s. When a sex worker is found murdered in a low-income apartment complex, aspiring crime novelist Joan Linderman and her roommate, Bernice, are quickly involved. Ramsdale conveys the plucky writer's misgivings about her career ambitions and relationships as events intensify. The production distinguishes between the mystery and Joan's novel-in-progress with typewriter sound effects and varied sound quality. Ramsdale enlivens the city's neighborhoods and secondary characters with keen characterizations of bohemians, wealthy residents, and gangsters. Despite a protracted ending, Ramsdale's performance illuminates deep familial bonds at the resolution's core. J.R.T. © AudioFile 2020, Portland, Maine [Published: APRIL 2020]