Home»Reviews»WE ARE ALL HIS CREATURES 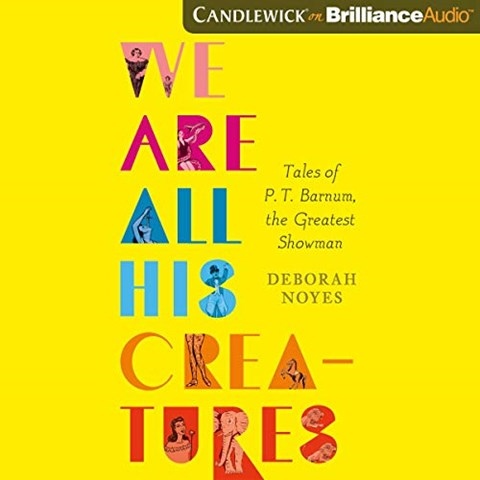 WE ARE ALL HIS CREATURES Tales of P.T. Barnum, the Greatest Showman

In this interlinked story collection, an ensemble of narrators takes on the voices of 11 people--some real, some invented--who are trapped in the orbit of P.T. Barnum. Each story builds on the ones before it, using the mostly marginalized people who surround Barnum to create a picture of the legendary showman's overwhelming personality and the ways the other characters' lives are irrevocably changed by him. The narrators, most taking on two different roles, succeed at making each character distinct while creating a thread of melancholy that magnifies their similarities. Amid uniformly excellent performances, particular standouts include Will Ropp's world-weary young General Tom Thumb, Jess Nahikian's sweetly gentle, lonely giantess, and Andrew Eiden's aggressively unhappy Robert Lincoln. N.M. © AudioFile 2020, Portland, Maine [Published: APRIL 2020]