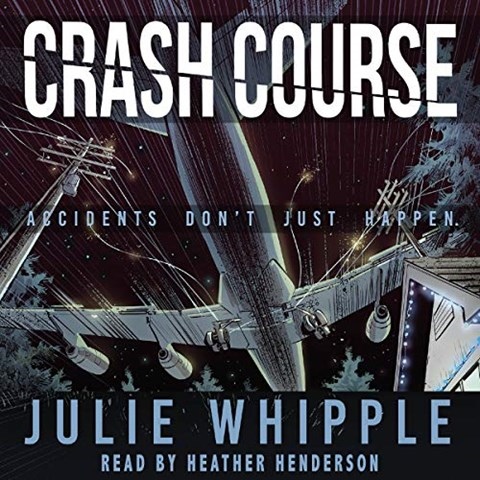 Heather Henderson's performance exudes equal parts compassion, tension, and outrage within a consistent tone. These qualities are subtle but effective, and absolutely necessary here. Whipple's audiobook covers a specific airline disaster. In 1978, 10 people died after United Flight 173 crashed in a Portland, Oregon, neighborhood. The crew had wrestled with equipment malfunction and fuel loss. Whipple's narrative follows a clear timeline, including a vivid series of moments that encompass the jet crash itself. One eyewitness account describes the approaching fuel-spent jetliner as a skyscraper floating silently into the neighborhood just before it snagged utility wires; the image is terrifyingly vivid. Henderson's performance masterfully captures the anguish of loss, the growing disgust at judicial gamesmanship and dangerous corporate power, and, ultimately, forgiveness. S.P.C. Winner of AudioFile Earphones Award © AudioFile 2020, Portland, Maine [Published: MAY 2020]