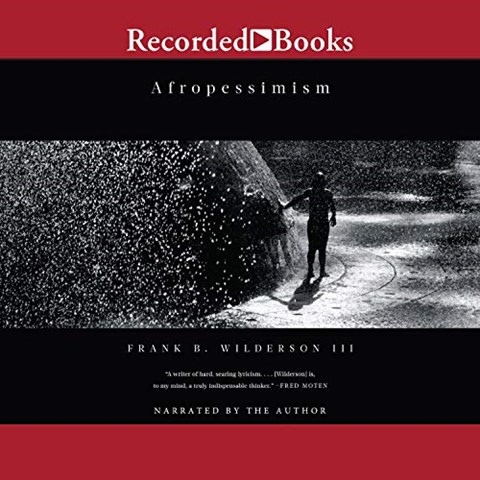 Successfully combining political philosophy and memoir, author Frank Wilderson also succeeds as a first-rate narrator of his work. As he reveals the stages of his development intellectually and psychologically as a Black man in a world of dominant white power, he moves smoothly between theoretical passages and moments in his life as a son, student, teacher, worker, a person under continual psychological attack, and a social observer. His life has included time spent on both American coasts and in the Midwest, Europe, and South Africa. He concisely limns philosophical interpretations of Blackness while giving listeners access to conversations he's had with teachers, administrators, students, relatives, and even staff in the Johannesburg restaurant where he was employed. In quoting others, he alters his pacing to personalize each voice. F.M.R.G. © AudioFile 2021, Portland, Maine [Published: MARCH 2021]