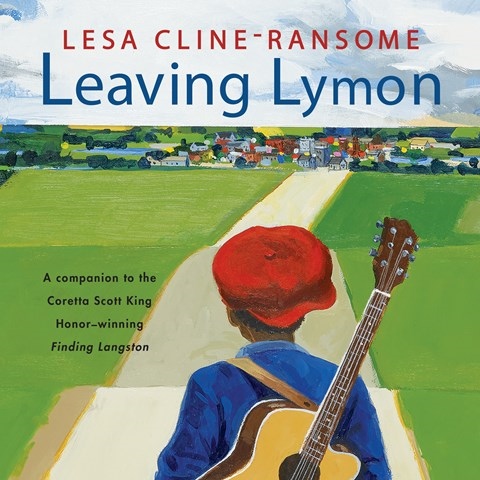 Dion Graham narrated the author's companion book, FINDING LANGSTON. Now he delivers the story of a minor character from that work, Lymon, the boy who bullied Langston. Graham's soft tones tell of Lymon's early years in 1940s Mississippi; the nurturing he received from his grandfather, with whom he shared a love of music; and his visits with his father at Parchman Prison. Graham's wistful mood expresses Lymon's grief at his grandfather's death, his feelings of being overwhelmed by caring for his sick grandmother, and his sadness over his father's infrequent visits. Stark contrast comes with Graham's portrayal of Lymon's life with his estranged mother, stepbrothers, and abusive stepfather. One keenly feels Lymon's transformation into a bully. By the end, though, Graham's calm tones give listeners hope that love and music will heal Lymon. Lesa Cline-Ransome reads an author's note that gives context to the story. S.W. Winner of AudioFile Earphones Award © AudioFile 2020, Portland, Maine [Published: MAY 2020]