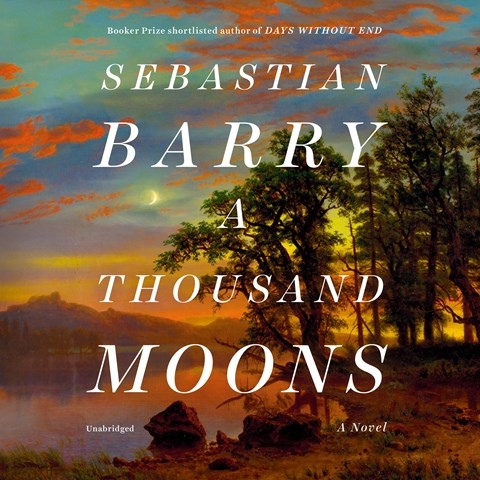 A THOUSAND MOONS The Days Without End. Book 2

This sequel to DAYS WITHOUT END, set in post-Civil War Tennessee, is better suited for listening than for reading. Narrator Kyla Garcia breathes life into the musings of Winona, an orphaned Lakota teenager who is being lovingly raised by two men and terrorized by racial threats in their small town. Garcia's unsophisticated drawl for Winona's voice softens her elegant vocabulary and turns of phrase. Winona's adoptive parents, Thomas and John, are voiced with only subtle differences. Winona's erudite protector in town, the lawyer Briscoe, sounds distinctly robust as he attempts to help her discover who attacked an African-American man in her household--and, eventually, who assaulted her. In an era when Native Americans and African-Americans are not protected by law, vengeance is sometimes the only justice. N.M.C. © AudioFile 2020, Portland, Maine [Published: JUNE 2020]