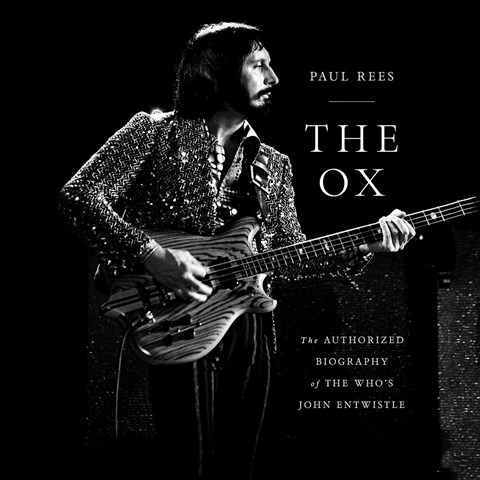 THE OX The Authorized Biography of The Who's John Entwistle

When the seminal rock band The Who burst onto the British rock-and- roll/pop scene in 1964, it was 20-year-old John Entwistle's superb, innovative, and LOUD bass playing that drove the band's distinctive sound. Narrating with ease and English restraint, Thomas Judd leads the listener from Entwistle's West London childhood, where he built his first guitar out of a block of wood and an electric pickup, to the heady 1970s, when The Who vied with the Rolling Stones and Led Zeppelin to be the world's biggest stadium band. There's a tone of "what cha gonna do?" to Judd's delivery as we follow Entwistle into alcoholism and broken marriages. It seems that, like so many of his peers, Entwistle was his true self only when he was on stage. B.P. © AudioFile 2020, Portland, Maine [Published: MAY 2020]