Home»Reviews»THE TRUTH ACCORDING TO BLUE 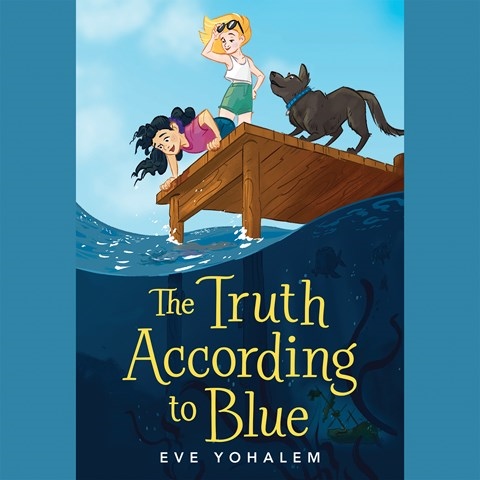 THE TRUTH ACCORDING TO BLUE

Narrator Ariana Cordero introduces Sag Harbor, New York, and the Broens, whose family has lived in the same house for 350 years. Thirteen-year-old Blue and her dog, Otis, both of whom are diabetic, are the stars of a fundraiser hosted by Hollywood legend Edward Buttersby. Listeners will be sympathetic towards Blue, who copes with her condition and works to befriend Jules, Buttersby's spoiled daughter. Cordero deftly contrasts the girls as they use a dinghy to search for the shipwrecked gold that Blue and her late grandfather sought until his death. Chapters begin with enthusiastically rendered "true facts" according to Blue. Fascinating facts about diabetes, being the child of a celebrity, and diving are peppered throughout. Young listeners will enjoy the search for treasure and the blossoming of an unlikely friendship. S.G.B. © AudioFile 2020, Portland, Maine [Published: SEPTEMBER 2020]