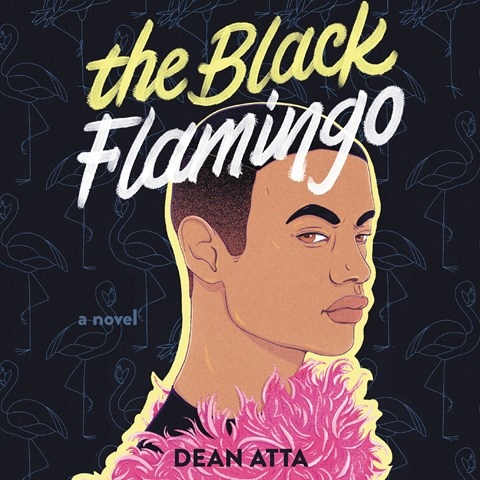 In his first audiobook, poet Dean Atta draws on his skill as a spoken-word performer to deliver his novel in verse, which features an intimate, empowering portrayal of a Black gay teen’s coming-of-age. “I never wanted to take my difference too far,” says Michael, who lives in London. He has an understanding family and best friend, but claiming his identity is challenging in a society in which he’s othered for his Blackness, his gender expression, and his sexuality. At university, however, Michael finds a sense of freedom through his poetry and his flamboyant, unabashed drag persona. Atta’s soft tone and contemporary British accent make his narration sound casual and conversational while still allowing the emotions and subtle rhythms of his poetry to shine. An outstanding and affirming debut. R.A.H. Winner of AudioFile Earphones Award, 2020 Best Audiobook © AudioFile 2020, Portland, Maine [Published: JUNE 2020]