Home»Reviews»A CEILING MADE OF EGGSHELLS 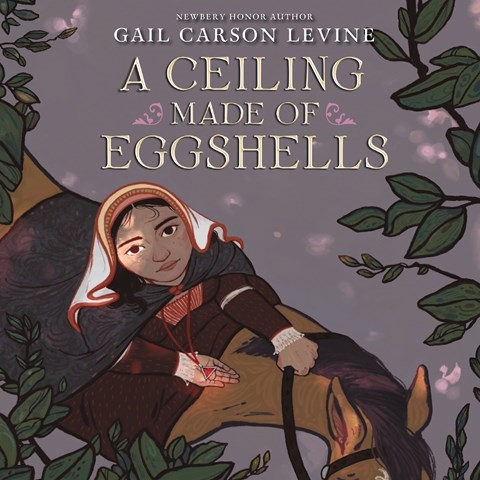 A CEILING MADE OF EGGSHELLS

With deliberate pacing and a clear-toned Castilian accent, narrator Carlotta Brentan transports listeners to fifteenth-century Spain during the Inquisition. Seven-year-old Paloma is the granddaughter of a powerful Jewish leader. But even for wealthy Jews, life is as precarious as a "ceiling made of eggshells." As she gets older, Loma longs to get married and have her own family even as she watches her community suffer persecution, mob violence, exile, imprisonment, and forced conversion to Christianity. The audiobook shines a light on Loma's day-to-day life as Brentan voices her multigenerational family, including her stern, harsh mother; her hypocritical older brother; her meek, dutiful sister-in-law; and her wizened grandfather. Loma's own voice reflects the youthful hope and heartrending injustice of her time. S.C. © AudioFile 2020, Portland, Maine [Published: SEPTEMBER 2020]