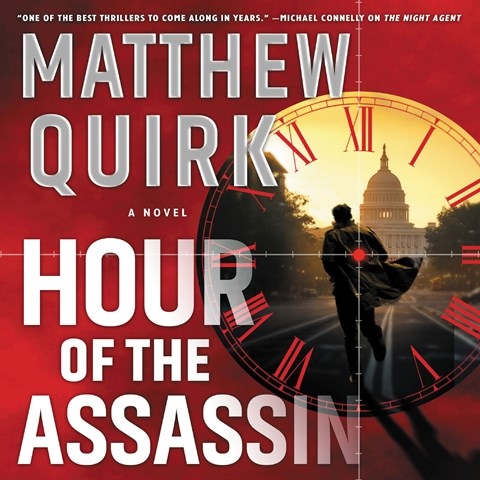 HOUR OF THE ASSASSIN

by Matthew Quirk | Read by Will Damron

Will Damron performs Quirk's latest political thriller in a smoky voice and no-nonsense tone. Former Secret Service agent turned security consultant Nick Averose is framed for the murder of former CIA director Malcolm Widener. Rather than run and hide, Averose heads toward danger, searching for the real murderer while unraveling political reasons for the assassination. Damron's steady pace lacks emotion in a way that is surprisingly effective at ratcheting up tension during the action-packed investigation. Damron's calm voice mimics the steady nerves Averose demonstrates as he carries out his expertise in finding weaknesses in security systems. The listener becomes caught in the web of intrigue, cover-ups, and secrecy that Averose fights to untangle as he attempts to foil a political takeover at the highest levels of government. M.B.K. © AudioFile 2020, Portland, Maine [Published: JULY 2020]