Home»Reviews»MY WIFE SAID YOU MAY WANT TO MARRY ME 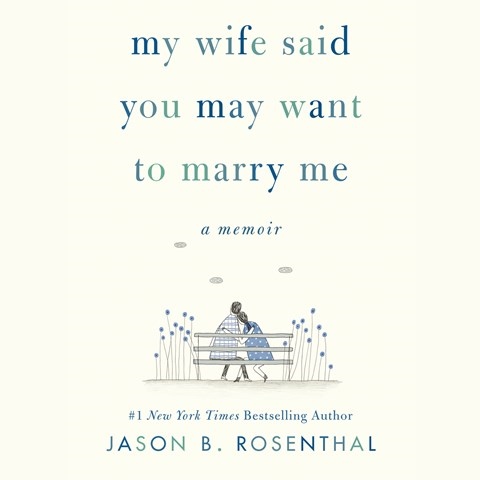 MY WIFE SAID YOU MAY WANT TO MARRY ME

Jason Rosenthal's wife, Amy, wrote a famous NEW YORK TIMES column called "You Might Want to Marry My Husband" before her death from ovarian cancer. Now Jason recounts his life with Amy, the experience of her death, and how he is learning to fill the blank space afterwards. He gives a sincere and heartfelt performance and still sounds smitten with Amy, describing their marriage as a fairy tale. Jason gives a TED Talk about grief, and this memoir has something of the gloss and motivational pacing of that medium, in addition to the raw emotion of loss. Jason's son, Miles, has a lovely cameo describing the mutual support he and his father provide each other, and Baize Buzan channels Amy to revisit the famous column. A.B. © AudioFile 2020, Portland, Maine [Published: NOVEMBER 2020]