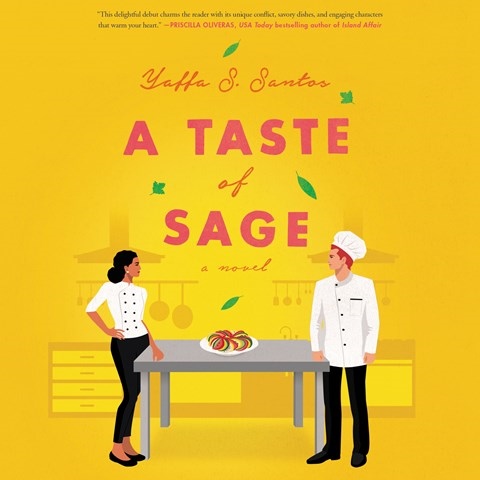 A TASTE OF SAGE

Dual narrators perform this debut contemporary romance. After her restaurant venture fails, chef Lumi Santana finds work in a traditional French eatery owned by the arrogant Julien Dax. They're attracted to each other right away but keep their relationship strictly professional until Lumi tastes one of Julien's culinary creations. Ines del Castillo and Jonathan Todd Ross portray the two protagonists. Del Castillo's performance is full of energy and excitement that seem missing from Ross's. Additionally, Ross's character portrayals often sound so similar that it is difficult to distinguish who is speaking in conversations, regardless of gender. Del Castillo's performance is the stronger narration. A.L.S.M. © AudioFile 2020, Portland, Maine [Published: JUNE 2020]