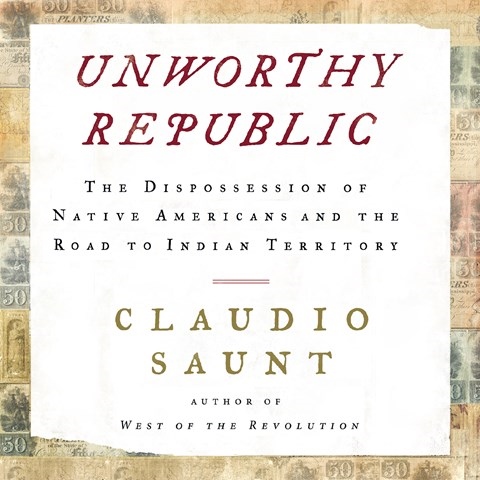 In this indictment of the systematic expulsion of 80,000 indigenous people during the 1830s, narrator Stephen Bowlby's empathetic style smartly lets the stories' damning evidence speak for itself. He seamlessly captures the bureaucratic ineptitude and cruel governmental indifference underlying President Andrew Jackson's horrific plan to send the southeastern tribes to less than equal territories west of the Mississippi, which resulted in thousands of dead (native people and federal soldiers). This audiobook shares the stories of how differently great tribal leaders--John Ross (Cherokee), Osceola (Seminole), Black Hawk (Sauk)--responded to the government's idea to remove them from their historic lands. Native Americans suffered from cholera, dysentery, measles, and malaria on their forced marches and boat rides west. "Indian wars" took a tremendous toll on the tribes, who often outfought green federal soldiers. A.D.M. © AudioFile 2020, Portland, Maine [Published: MAY 2020]