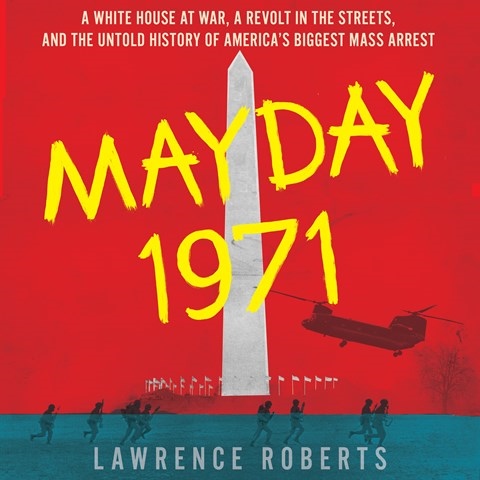 MAYDAY 1971 A White House at War, a Revolt in the Streets, and the Untold History of America's Biggest Mass Arrest

Kiff VandenHeuvel narrates this intense reexamination of Mayday 1971's mass protests in Washington, DC, as if he were reporting on a current event. His voice sounds charged, his pace is quick, and the result creates a dramatic audiobook. This is as it should be for a retelling of the highest number of mass arrests (12,000) in our nation's history. VandenHeuvel's choice to imitate Nixon works well; he captures the dark side of the Watergate president ably. His Kissinger is not as convincing, but no matter. This well-told story focuses on the anti-war protest movement and its leaders--Rennie Davis, David Dellinger, Jerry Rubin, Abbie Hoffman, and John Carey, with cameos of Benjamin Spock and Daniel Ellsberg. The unsung heroes, the legal aid lawyers who defend the protesters, also get their due. A.D.M. © AudioFile 2020, Portland, Maine [Published: OCTOBER 2020]