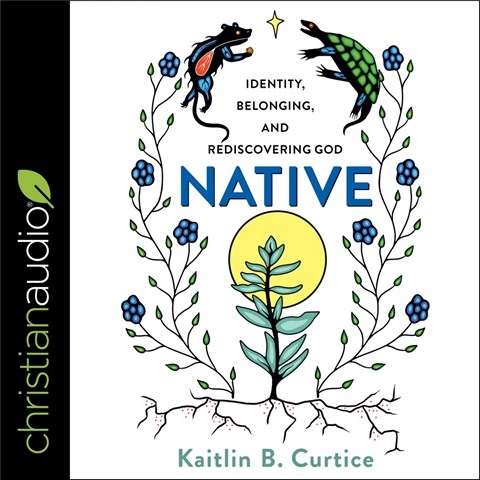 In an understated, melodious narration, Kaitlin Curtice unfolds her story of reclaiming the Potowatomi culture of her father, which was put aside after her parents divorced and Curtice was being raised by her mother and stepfather in a white, evangelical Christian household. Narrating unhurriedly, in a steady cadence, Curtice spools out her riveting journey through the telling of Indigenous creation stories that are interwoven with her own poetry. Her voice may be soft, but she does not shy away from naming the destructive forces of white colonization. Weaving Potowatomi culture and language into her narrative, she invokes new ways of looking at what is holy. Quietly but forcefully, Curtice makes it clear that we all must do the work of decolonizing together, setting aside oppressive traditions in order to create a more expansive communion table. S.G. Winner of AudioFile Earphones Award © AudioFile 2020, Portland, Maine [Published: JUNE 2020]