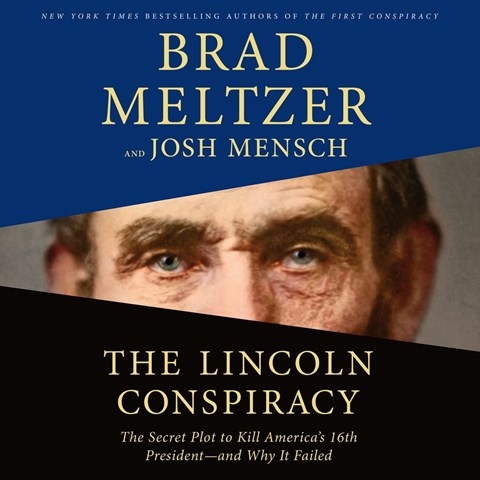 Everyone knows that Abraham Lincoln was assassinated, but how many know that there was a previous, unsuccessful attempt on his life? Let narrator Scott Brick tell you all about it. Historian, novelist, and television mystery show host Brad Meltzer once again roots through history to unearth secrets long hidden. And Brick acts as his voice to get the story out. It’s no wonder. Brick can make a nursery rhyme sound exciting, and he’s on fire in this audiobook. His enthralling voice builds excitement as he delivers the narrative on a Southern secret society that hates the new president’s intolerance of slavery. To them, it’s war even before the South detaches itself from the nation. Even though we know the first plot failed, the work is hypnotic and transports the listener to an America that was sharply divided by a president, a situation eerily familiar. M.S. 2021 Audies Finalist © AudioFile 2020, Portland, Maine [Published: MAY 2020]