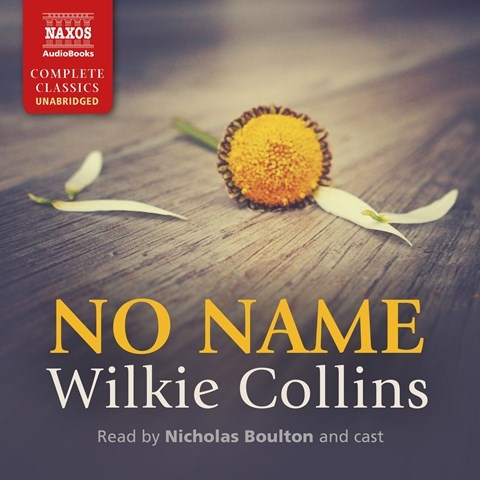 Any fiction fan should listen to at least one Victorian novel every year. More the better if the primary narrator is the talented Nicholas Boulton, whose ability to mimic the elite and humble, and capture their cadence and tone is unrivaled. His subtle inflections shape this long but satisfying performance. The stalwart cast transports listeners to 1840s London and the countryside. Like his friend Dickens, Collins writes in torrents of descriptive prose and crafts a clever plot. Two orphaned heroines, Magdalen and Nora Vanstone, are central to the story, which concerns illegitimacy. The novel is filled with unforgettable characters; especially memorable are Horatio Wragge (Rag), an endearing scoundrel, and his long-suffering giantess wife, who figure prominently. A.D.M. Winner of AudioFile Earphones Award, 2021 Audies Finalist © AudioFile 2021, Portland, Maine [Published: FEBRUARY 2021]