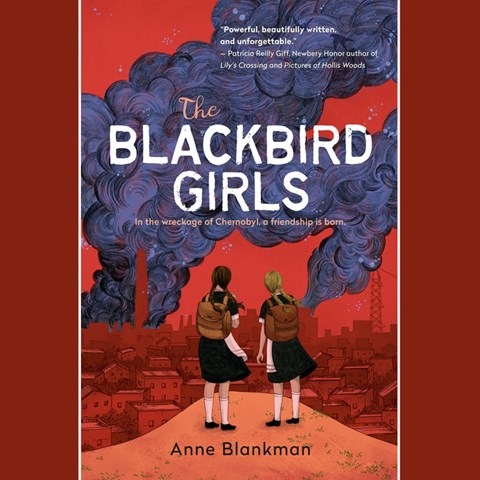 Narrators Kathleen Gati and Natasha Soudek's voices highlight the power of friendship in the aftermath of the 1986 Chernobyl nuclear disaster. The tragic explosion ignites a series of heartbreaking changes for schoolgirls Valentina and Oksana, whose families are devastated by grief and upheaval. Capturing the ensuing events through both girls' eyes, Gati skillfully depicts their initial confusion and panic, followed by their cautious optimism once they relocate to Leningrad. Gati's portrayal of Valentina's grandmother, Rifka, is superb, perfectly conveying her kindness, generosity, and grace. While Gati is the primary narrator, Soudek's part, focusing on Rifka's experiences during WWII, is steady and strong, hinting at the resilient woman who Rifka will later become. This sensitively rendered audiobook, so hopeful and brave, is not to be missed. S.A.H. Winner of AudioFile Earphones Award © AudioFile 2021, Portland, Maine [Published: MARCH 2021]