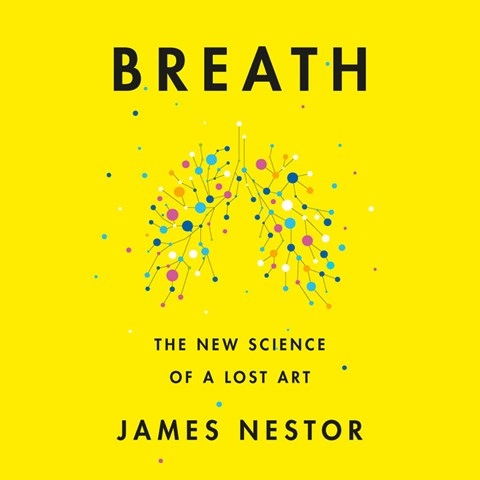 BREATH The New Science of a Lost Art

This is two, two, two audiobooks in one. Inspired journalist James Nestor talks us through the million-year history of breathing, telling how large brains and small jaws narrowed human blowholes to the extent that 90 percent of us, including Nestor himself, now have trouble getting air. Breathing properly is an ancient if neglected art, an art he employs to escape his own evolutionary strangulation. Nestor then passes the microphone to Anders Olsson, the founder of Conscious Breathing, who leads exercises in a Swedish accent to get Americans to close their mouths and exhale deeply--though not too deeply--through their noses. The best way forward is back. B.H.C. © AudioFile 2020, Portland, Maine [Published: JULY 2020]