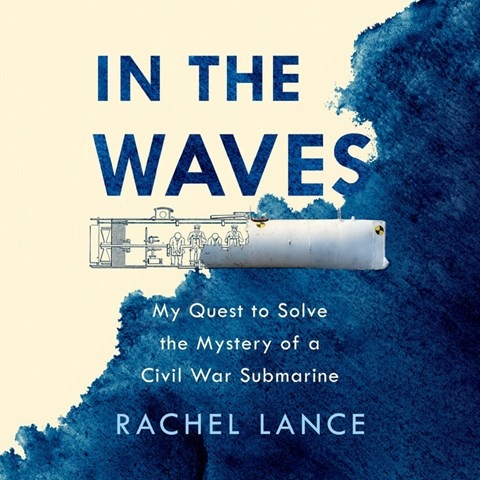 Rebecca Lowman splendidly narrates this account of the first successful combat submarine, the H.L. HUNLEY. The story begins with the Confederate sub's attack on a Federal warship, the USS HOUSATONIC, in February 1864. When the HUNLEY was finally found in Charleston Harbor in 1995, it was discovered that her hull had not been significantly damaged. So what caused it to sink? As Lance, an engineer, determines what happened, Lowman provides a superb narration. Her alto voice is clear and crisp; her pacing is deliberate but neither too slow nor too quick; her expression is seemingly understated but perfectly expressive. This story of the submarine, its crew, and the doctoral researcher who found the cause of the crew's fate is a gem of a production. M.T.F. © AudioFile 2020, Portland, Maine [Published: JUNE 2020]