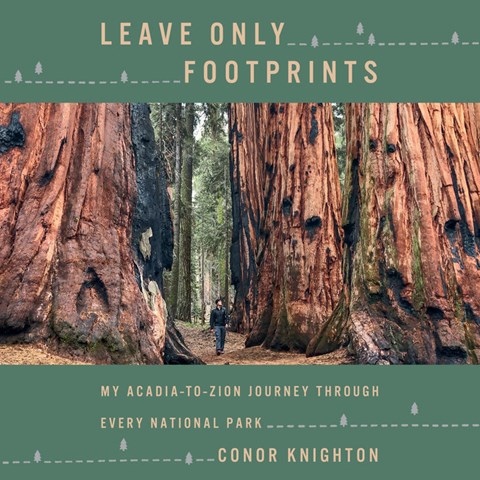 "CBS Sunday Morning" contributor Knighton has a natural talent for narration. He presents this fascinating audiobook in a conversational manner that invites listeners to join him on his year-long exploration of America's national parks. Witty, knowledgeable, and self-effacing, he is an accomplished talker whose narrative technique is informed but informal. His extraordinary road trip, which took place during the national parks' 2016 centennial, includes the nation's more than 55 national parks. The treks begin in Maine's Acadia National Park, where the country's first sunrise occurs, and ends in Port Reyes, California, which has the latest sunset. Knighton treats the listener to engaging stories of John Muir, Teddy Roosevelt, and scores of lesser-known parks enthusiasts. But the real stars are the parks. A.D.M. © AudioFile 2020, Portland, Maine [Published: APRIL 2020]