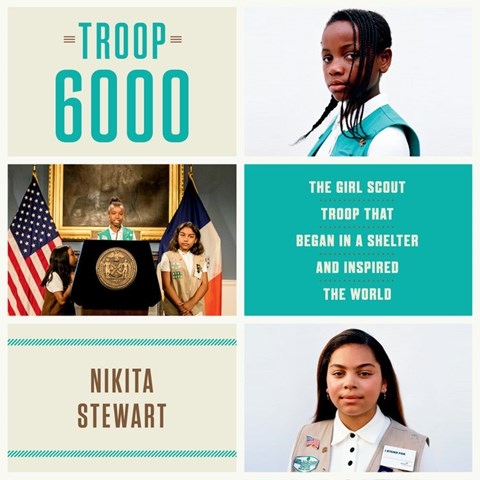 There's gentleness in narrator Robin Miles's voice as she switches between the viewpoints of Giselle Burgess and her daughter, Hailey. Miles takes on a clinical tone as she describes the impersonal process through which Burgess and her family, who had just become homeless, were placed in a shelter in a New York City hotel. Burgess, who was working for the Girl Scouts, decided to start a troop while there. Author Nikita Stewart gives listeners glimpses of the grim world of homelessness as she tells the inspiring story of girls getting involved in Scouting. As Troop 6000's story develops, and the troop is aided by celebrities and TV appearances, Miles's narration reflects the ups and downs of events. The challenges of homelessness, organizational expansion, and cookie sales are also part of the story. J.A.S. © AudioFile 2020, Portland, Maine [Published: JULY 2020]