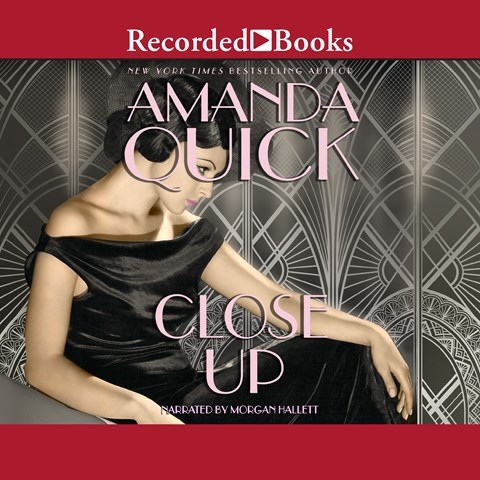 Narrator Morgan Hallett brings the listener back to the Hollywood glamour of the 1930s. Photographer Vivian Brazier gets caught up in murder and ends up on a hit man's list. Enter Nick Sundridge, who protects her and tries to draw the killer out. While Hallett has a pleasant speaking voice, she doesn't give Nick or the other male characters deep enough tones. Little variation differentiates the male and female characters. Hallett does provide varying levels of tension when the action picks up. As the murderer draws near, the passion lights up between Vivian and Nick. The entertaining story and Hallett's delivery of the plot compensate for the lack of distinct characterizations. S.B. © AudioFile 2020, Portland, Maine [Published: JUNE 2020]