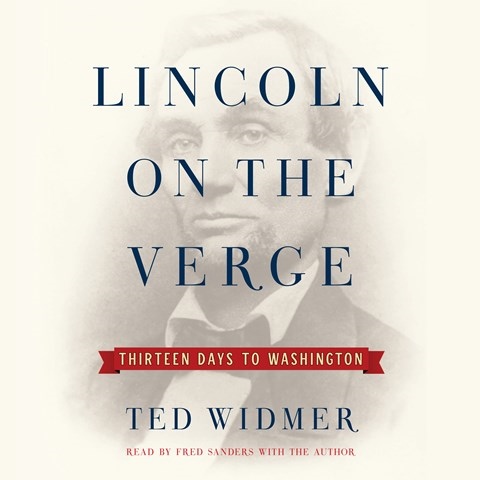 LINCOLN ON THE VERGE Thirteen Days to Washington

Using a thoughtful and measured cadence, narrator Fred Sanders invites the listener to climb aboard the Presidential Special--the train that in February 1861 carried President-Elect Abraham Lincoln and his family from Springfield, Illinois, across eight states and countless whistle-stops to Washington, DC, for his first inauguration. Drawing from the author's 10 years of painstaking research, the audiobook covers the good and the bad about Lincoln's psyche, closest friends, and most vicious foes, as well as a fast-growing country that could no longer ignore its most horrific failure--slavery. The author himself delivers the last chapter and notes that after making 101 extemporaneous speeches and avoiding an assassination attempt, by the time Lincoln arrived in the nation's capital, there was no question he was right where he belonged. B.P. © AudioFile 2020, Portland, Maine [Published: AUGUST 2020]