Home»Reviews»THE ROOM WHERE IT HAPPENED 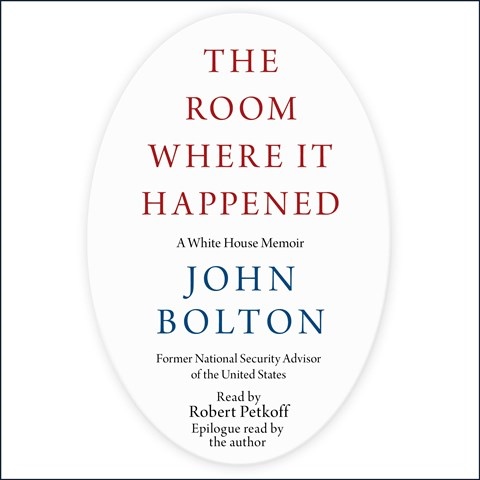 THE ROOM WHERE IT HAPPENED A White House Memoir

John Bolton's tell-all audiobook on Donald Trump's presidency is one of the most scathing rebukes to have come from a former member of Trump's staff. Doubtless, his behind-the-scenes revelations would be powerful enough to cripple any politician in the pre-Trump era. In the authoritative and comforting tones of a news anchor, Robert Petkoff narrates the countless inadequacies of Trump and the yes-men that surround him, along with the author's eventual conclusion that Trump is unfit for the job. Petkoff's seamless delivery of the 20-hour audiobook is a perfect listening companion, although the work could use an editor to tone down Bolton's ego and eliminate his self-serving anecdotes. As astounding as the numerous accounts of Trump's ineptitude, arrogance, and poor judgment is the backstabbing intrigue that permeates the White House. M.S. © AudioFile 2020, Portland, Maine [Published: AUGUST 2020]