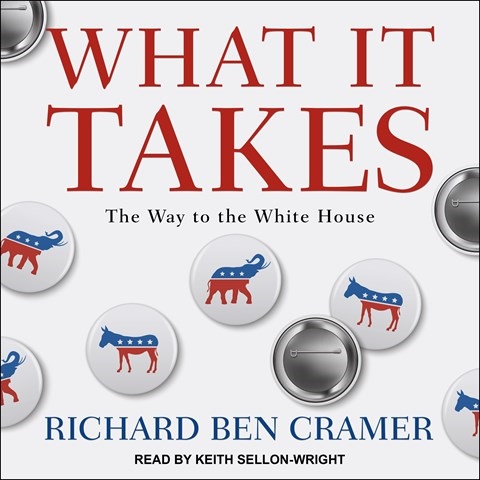 WHAT IT TAKES The Way to the White House

Originally published in 1992, Cramer's lengthy, well-researched examination of the 1988 U.S. presidential election may speak of years gone by--but the inclusion of President-Elect Joe Biden makes it quite current. Sadly, Keith Sellon-Wright's workmanlike performance does little to take the facts and commentary beyond the pedestrian. Much of the audiobook addresses the early lives and political careers of the Democratic and Republican primary contenders of that year, and of the ultimate race for the highest office in the land. Sellon-Wright's narration, despite being friendly, mellow, and well measured, does not even approach the drama one might expect of its peeks into what we used to call "smoky back rooms." W.A.G. © AudioFile 2020, Portland, Maine [Published: NOVEMBER 2020]