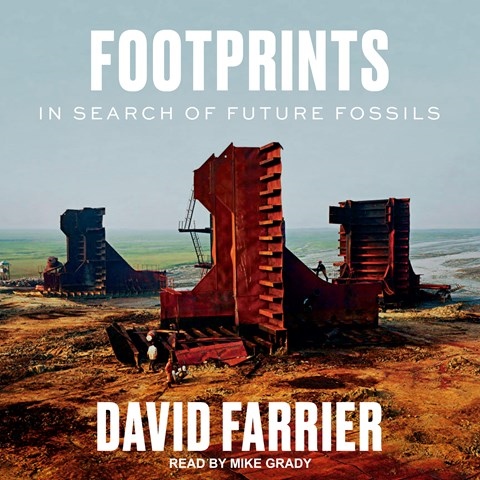 FOOTPRINTS In Search of Future Fossils

A touch of anxiety creeps into narrator Mike Grady's voice as he talks about crumbling coastal cliffs in Britain. The coastal erosion has yielded clues to the past--in the form of footprints of early humans. Author David Farrier, who teaches English literature at the University of Edinburgh, ponders what trace fossils will remain of our own society in "the very deep future." Will the plastic on the ocean floor again become oil? What will future people think of the sheer volume of fossilized chicken bones? Grady maintains Farrier's thoughtful tone, at times hitting home Farrier's thoughts as he rattles off lists of human artifacts that could remain. Farrier also considers things that may be lost, such as coral reefs. J.A.S. © AudioFile 2020, Portland, Maine [Published: JUNE 2020]