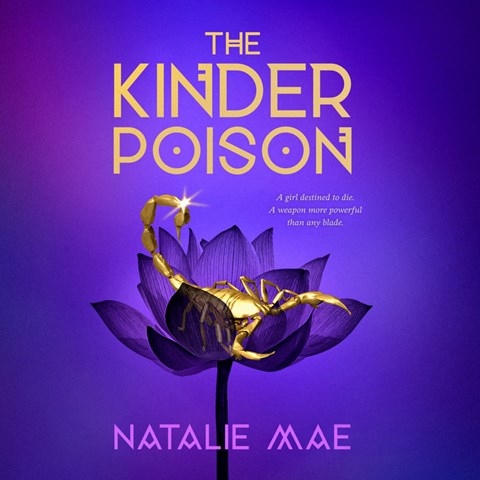 Narrator Jesse Vilinsky's silvery voice takes listeners to Orkena, a kingdom where the type of magic one possesses determines one's destiny. Longing for more in life than working with her minor abilities, Zahru breaks the rules to escape the monotony for one night of freedom. When her escape backfires, she becomes slated to be the heirs' human sacrifice. Vilinsky expertly captures Zahru's emotions throughout, bringing her bright personality to life. Vilinsky also captures the heirs' toxic sibling dynamic and makes other characters distinctive. Listeners will look forward to the sequel. J.O. © AudioFile 2020, Portland, Maine [Published: JUNE 2020]