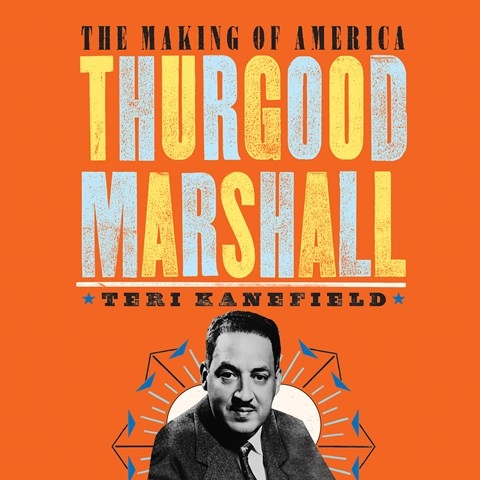 THURGOOD MARSHALL The Making of America #6

Narrator David Sadzin tells the story of Thurgood Marshall, best known for his court victory ending legal racial segregation in public schools and for later becoming a Supreme Court justice. Sadzin sets the scene as the audiobook explores Marshall's childhood and school years, a time when Black people were barred from many facets of public life, frequently discriminated against, and lynched. Marshall's trailblazing personality and inclusive nature shine in Sadzin's narration. He uses varying timbres and Southern accents when quoting notable figures. The pace intensifies during passionate court debates, which are as engrossing as fiction. This timely and inspirational account reminds listeners that emancipation did not bring an end to Black suffering. A.K.R. © AudioFile 2020, Portland, Maine [Published: JULY 2020]