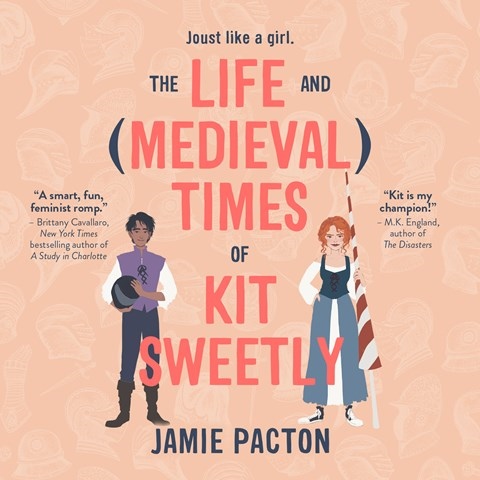 THE LIFE AND MEDIEVAL TIMES OF KIT SWEETLY

Feminism meets the Middle Ages in the Modern Age in a fun teen audiobook, narrated by Jess Nahikian. Like her older brother, Kit Sweetly wants to be a knight at the medieval-themed restaurant where they work. The only problem is she's not male. With a little help from friends, Kit might be able to change her stars. Nahikian's pleasant voice captures the teen's range of emotions, most notably her excitement over all things medieval, as well as her worry about her family's dire financial state. While she effectively differentiates the story's characters, her presentation of the male characters is noticeably weak. Nonetheless, listeners will be entertained by both the story and Nahikian's performance. Huzzah! A.L.S.M. © AudioFile 2020, Portland, Maine [Published: MAY 2020]