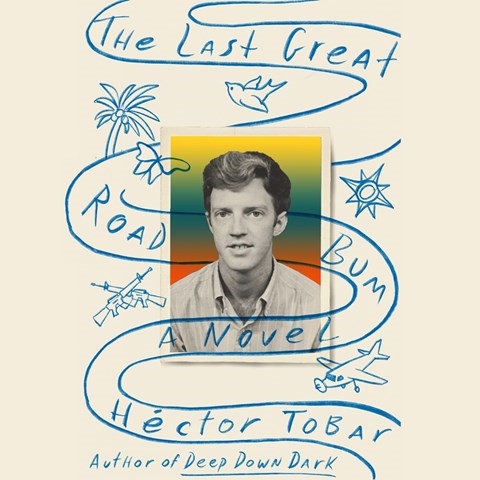 Narrator Tim Andrés Pabon captures the uniquely American tone embodied in this globe-trotting novel based on the life of Joe Sanderson—a Midwestern kid who began his life on the road in 1960 by hitchhiking to Mexico City. In pursuit of endless adventure and grist for his never completed “great American novel,” Sanderson moved from hanging out with Rastas in Jamaica to crossing the DMZ in Korea to working with the UN in strife-torn Biafra. He finally found himself embedded with Salvadoran revolutionaries in 1980. Pabon’s fluency in Spanish becomes essential while reading the many Spanish passages and place names. Pabon’s voice registers sadness and loss when Sanderson was killed by the U.S. backed Salvadoran army—a tragic coda to a wandering life. B.P. © AudioFile 2020, Portland, Maine [Published: JULY 2020]