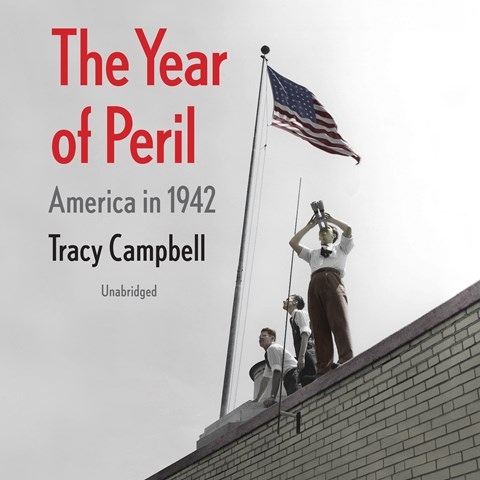 "On the ground, by God, on the ground!" said FDR of planes destroyed at Pearl Harbor, and narrator Paul Heitsch's own voice mixes rage and regret, hitting each word as a distinct note. Thus, he presents the hinge year of 1942 with an agonizing uncertainty we have forgotten. Campbell shatters the sentimentality that has forgiven the Greatest Generation for segregating its soldiers and also their blood plasma. Our heroes championed Cro-Magnon positions on everything from the loyalty of Japanese-Americans to the legality of birth control. With stringent rent controls and taxes for those earning more than $200,000 a year set at 88 percent, the U.S. prevailed. Heitsch throws himself into a narrative that tries--but sometimes fails--to render rubber rationing and inflation as thrilling as they were essential. B.H.C. © AudioFile 2020, Portland, Maine [Published: JULY 2020]