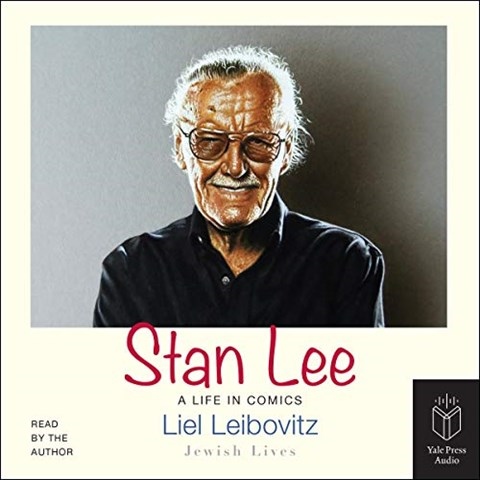 STAN LEE A Life in Comics

The life of Marvel Comics master Stan Lee is explored once again by author/narrator Liel Leibovitz, who recounts the oft-told stories of how a Jewish kid from New York City changed the comics industry forever by creating a whole new kind of superhero with Spider-Man, the Avengers, and many others. Leibovitz performs his own work with the giddy zeal of a comics fan and hits the high points of Lee's life. Perhaps more than other Lee biographies, this one shows how much Lee's Jewish heritage influenced his creations. The drawback is in Leibovitz's factual inaccuracies. There are at least a half-dozen blatantly incorrect assertions in the work, including claiming that Captain America's partner, Bucky, was killed in the late forties and repeating the debunked story of the creation of the Fantastic Four. M.S. © AudioFile 2020, Portland, Maine [Published: JULY 2020]