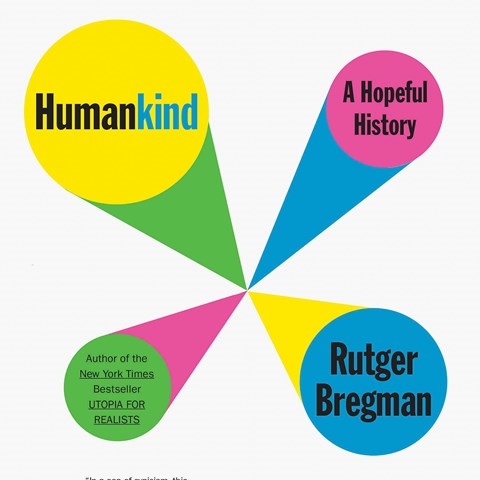 Thomas Judd's performance complements the theme of positivity throughout Bregman's look at humankind. This audiobook takes a critical view of the conventional wisdom that humans are selfish and prone to conflict to protect their interests. Instead of "veneer theory," which posits that people engage in shallow niceties only to maintain cultural order, Bregman provides evidence of people defying expectations to support each other. He debunks well-established experiments on abusive human behavior, like the notorious Stanford prison experiment, which have captivated the public despite being fundamentally flawed. As Bregman notes, the idea that humans are naturally motivated to be decent to each other remains a radical idea. Judd's delivery befits this radical notion as his voice exudes empathy and kindness. S.P.C. © AudioFile 2020, Portland, Maine [Published: AUGUST 2020]