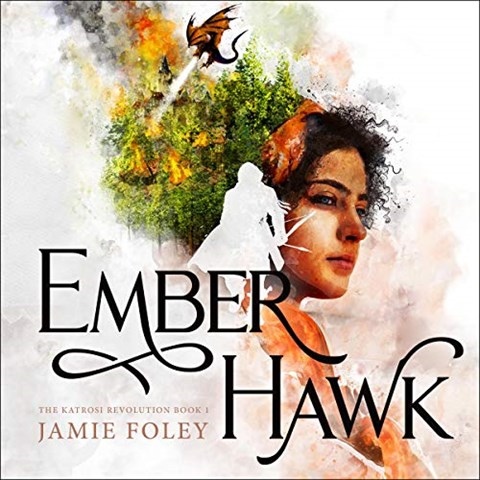 In a story examining the difficulties of meeting social expectations, expertly narrated by Brenda Scott Wlazlo, three young adults must survive a battle of the gods. Wlazlo's crisp and engaging delivery maintains the suspense as she switches among the points of view of three characters--a princess, a soldier, and a trapper. Wlazlo depicts Kira's Southern accent with charm as she maneuvers a drought-ridden ranch, works with magical beasts, and survives the forest in the company of her sworn enemy. Wlazlo's portrayal illuminates Kira's intellect and bright mind for innovation. She also captures Ryon's conflicted allegiance to his birthplace and to his tribe. J.O. © AudioFile 2020, Portland, Maine [Published: JUNE 2020]