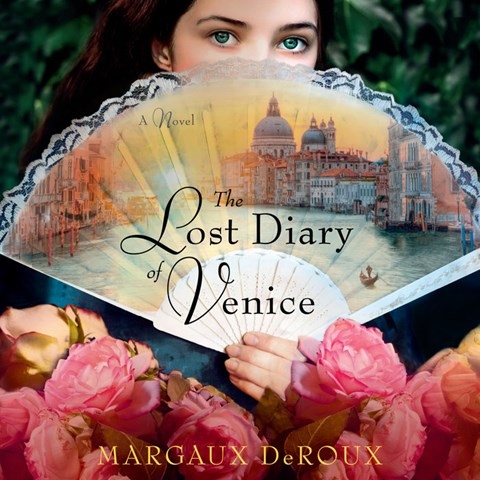 THE LOST DIARY OF VENICE

With subtle variations in intonation and accent, narrator Lisa Flanagan contrasts present-day characters with Renaissance Venetian counterparts in this intriguing and romantic audiobook. William Lomazzo, a married artist, brings an old treatise on art that has been in his family for generations to Rose, a book restorer. As they gradually uncover a hidden text, they realize it is a diary written by an artist in sixteenth-century Venice, Giovanni Lomazzo. Flanagan captures their excitement at the discovery as well as their growing desire for each other. In Venice, Flanagan changes tone as Giovanni falls in love with his model, the courtesan Chiara, even though it's forbidden. Against the backdrops of Venice's war against the Ottomans and placid Connecticut, the two couples follow strangely similar paths. J.E.S. © AudioFile 2020, Portland, Maine [Published: JUNE 2020]