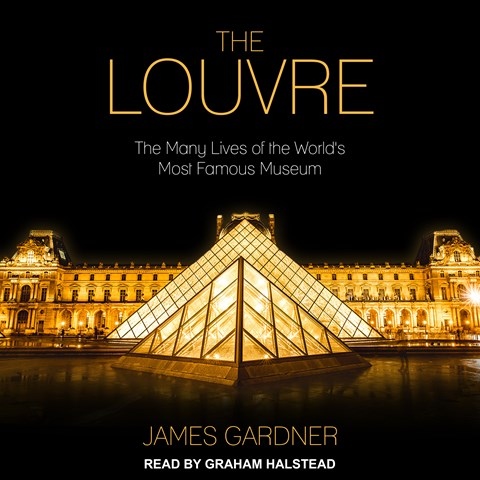 THE LOUVRE The Many Lives of the World's Most Famous Museum

The combination of visually descriptive writing and thoughtful narration by Graham Halstead transports the listener to the famous Louvre Museum in Paris. Without actually going there, one can imagine walking the great halls with royalty and artists over many centuries. Halstead enhances this audiobook with frequent passages in French as he tells of how the building began as a castle fortress in 1190 and progressed through the reigns of many kings until it became an art museum during the French Revolution in 1793. With his impeccable pacing and easygoing tone, Halstead describes the innovations of major architects from 1200 to 2011. To be sure, the visitor will hear about the MONA LISA and the VENUS DE MILO but will also walk the halls of history. J.E.S. © AudioFile 2020, Portland, Maine [Published: AUGUST 2020]