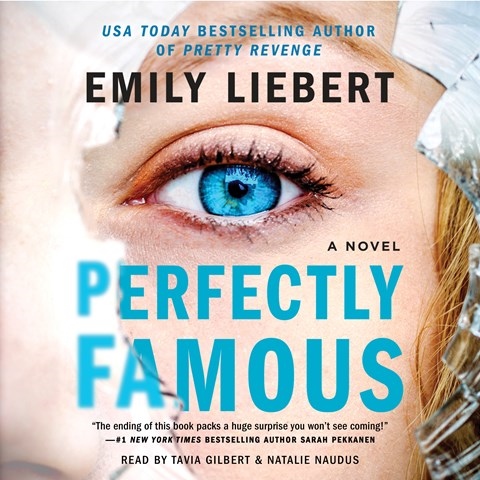 Liebert's latest, and quite intriguing, audiobook thriller features two skilled narrators. Tavia Gilbert voices Ward DeFleur, a famous author who retreats from public life after her teenage daughter, Stevie, is attacked and murdered. A fan of DeFleur's writing, the journalist Bree Bennett, voiced by Natalie Naudus, tries to find the elusive author and solve Stevie's murder. Little vocal work differentiates the audiobook's two female leads; however, Naudus stands out with her chilling portrayal of a male suspected killer shouting in an explosive rage. The author confesses to changing the novel's last line and, hence, the ending, at the very last minute. Hearing this final horrific scene unfold in audio makes for a bombshell of an ending. J.T. © AudioFile 2020, Portland, Maine [Published: AUGUST 2020]