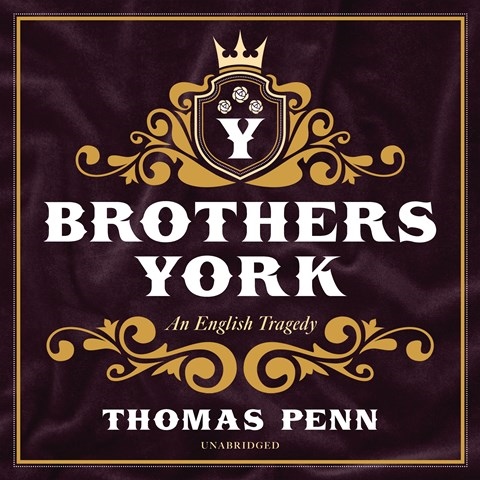 Narrator Roy McMillan romances every bit of drama out of this historical stone, and there is plenty of drama here. Shakespeare used (or invented) some of it, but the true story of England's last generation of Plantagenet rulers--Edward IV and his two brothers, George, Duke of Clarence, and Richard III--is epic. McMillan is almost breathless with excitement at times, but the story as the author tells it earns every bit of it. In less than 25 years, England saw five kings, two of them crowned twice and all but the last deposed. Love, ambition, betrayal are here--all the elements of a bad romance but real, with the fate of a nation at stake. D.M.H. © AudioFile 2020, Portland, Maine [Published: AUGUST 2020]