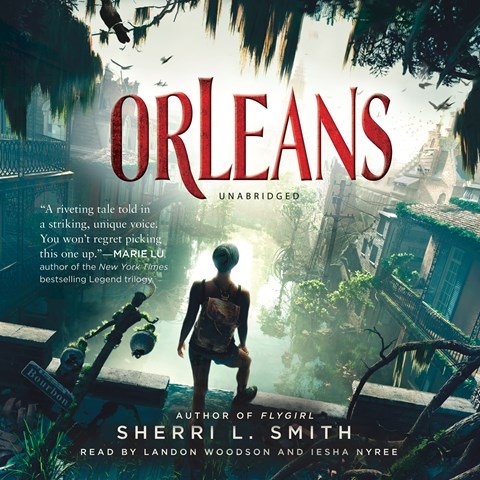 Narrators Iesha Nyree and Landon Woodson depict two characters living in a chilling postapocalyptic America. Only a few decades in the future, the Delta has been abandoned by the Outer States after the destruction of successive hurricanes created a devastating plague that affects each blood type differently. Fen de la Guerre was born in the Delta and lived under the protection of the O-Positive tribe until warfare sent her on the run with a newborn. Nyree digs into Fen's tribal dialect, a combination of Cajun accent and Southern drawl, in a tone hardened by too much loss. Woodson infuses Daniel, a scientist who searches for a cure to Delta fever, with hope and determination. Together the pair fight to give baby Enola a better chance at life. S.T.C. © AudioFile 2020, Portland, Maine [Published: OCTOBER 2020]