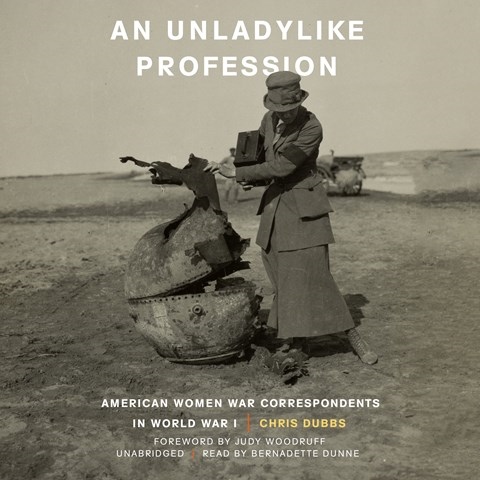 This audiobook fills a major gap in the history of war correspondents during WWI, and Bernadette Dunne offers a narration that matches its importance. That's not to say she presents a pompous, overly inflated effort; rather, she matches her tone and pacing to fit the text, keeping the narrative flowing and listeners engaged. For example, her voice is even during much of the exposition, but at the points where double standards governing male and female correspondents are obvious she matches the author's near incredulity. Toward the end, her voice reflects the tragedy of the Armenian genocide. In all, this is an important story, well told and well narrated. R.C.G. Winner of AudioFile Earphones Award © AudioFile 2020, Portland, Maine [Published: JULY 2020]