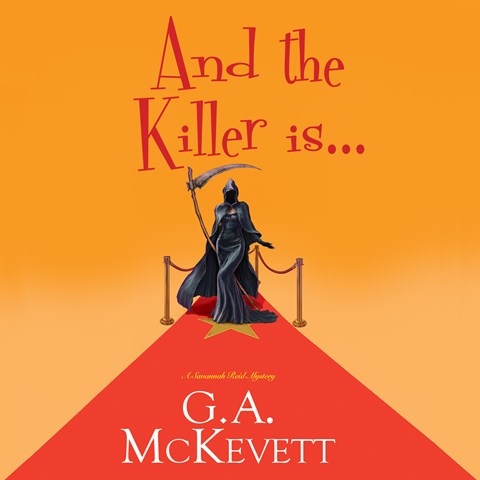 AND THE KILLER IS Savannah Reid, Book 25

Dina Pearlman is on top of her game as she narrates the twenty-fifth investigation featuring P.I. Savannah Reid, her Moonlight Magnolia Detective Agency agents, and her husband, Dirk. The story involves the death of 90-year-old former movie star Lucinda Faraday. Searching for clues, Savannah and Dirk wade into Lucinda's mansion, which is full of hoarded items and garbage. Pearlman's vocal versatility delivers Savannah's finely honed Southern accent, which contrasts dramatically with Dirk's Southern California attitude. Secondary characters are graced with accents as dramatically different as they are, showcasing Pearlman's talent. As Savannah, Dirk, and crew untangle clues and wrestle with some nasty suspects, they quickly learn to sort through junk, illuminate the truth, and reveal the most unlikely of killers. M.B.K. © AudioFile 2020, Portland, Maine [Published: SEPTEMBER 2020]